Many of the early poineers of Folk, Blues and Rock in American music got their start on simple hommade instruments.

A lot of these budding musicians started in small street bands and at the turn of the century they were made up of musicians playing homemade instruments, cigar box guitars and instruments were made out of whatever boxes and parts that could be found or was handy for a poor person!

Here are 2 street bands or back them called "Spasm bands" 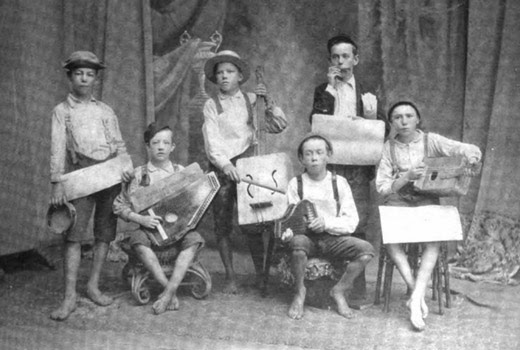 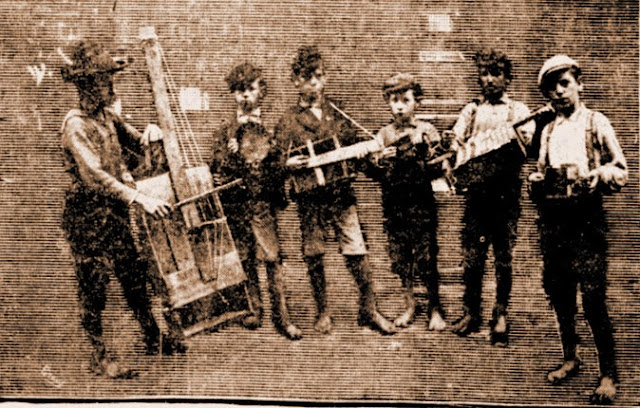