During the 1920's and 30's it was common for people to make mandolins from cigar boxes.
I have several different how to plans and photos of instruments from that era but today I wanted to share this new set of plans that Shane Speal dug up and posted on his face book page. While researching the cigar box guitar, he found these in an online library. They are dated March 24th 1922 and they are really fascinating! 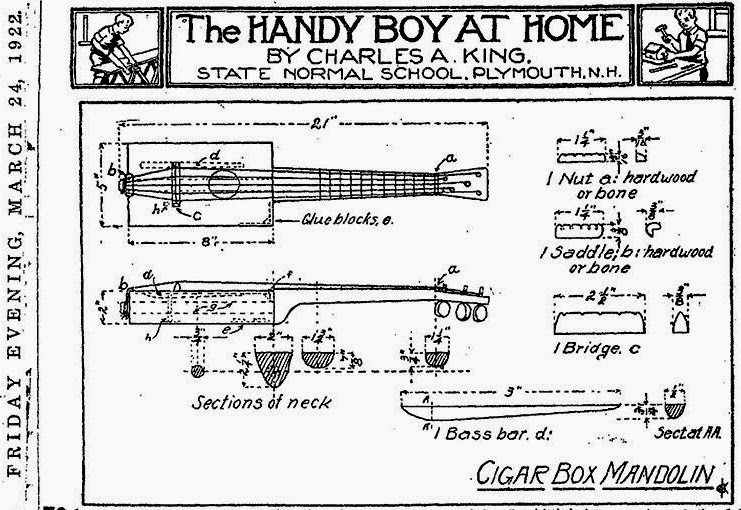 Over the years I have collected photos of many examples of this type of build and thought this would be a good place to post photos of a unique homemade mandolin built during this early time in America.
This mandolin was found in Tennessee in 2009 while a family was cleaning out their grandfathers childhood home after he passed away. 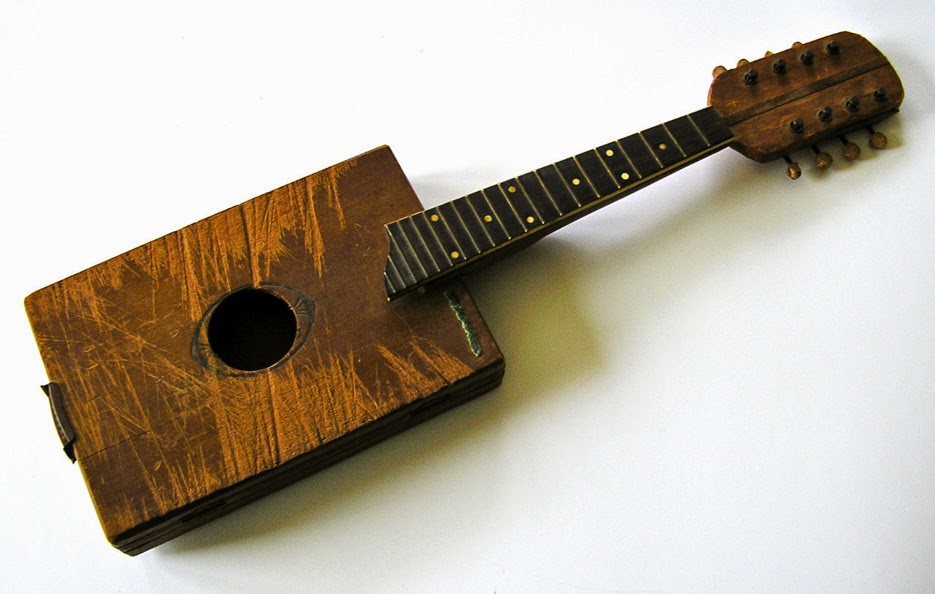 If you look at the neck from the front, it looks so well made it appears to be a factory made mando neck attached to a box, but it's not. I have added a photo of the back side of the neck and you can see it is homemade but also a really well made neck attached to a box with a long thin heel for support. This was well thought out and built with attention to detail even though it was made with found and scavenged wood.
To me it looks like the neck was made from a used table top. It has the right thickness of a table top and the neck and heel are the same. I have myself used tables for their recycled wood and this mandolin has a similar appearance. Whatever the mystery, this was most likely a well playing and probably also a great sounding homemade cigar box mandolin from the early 20's.

I sure would have loved to hear it in action and meet the person who made it! 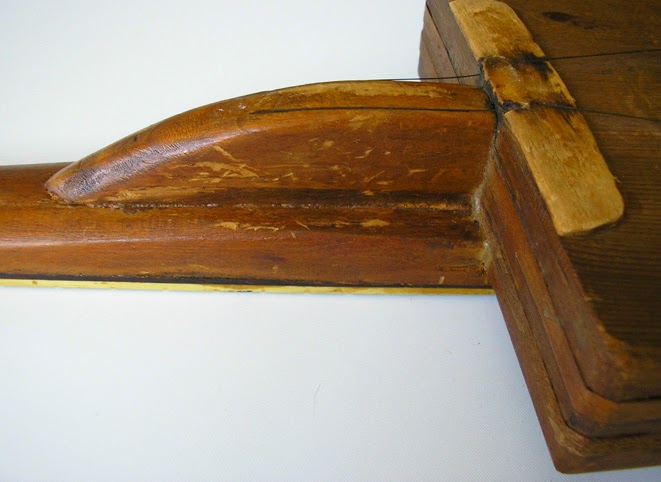