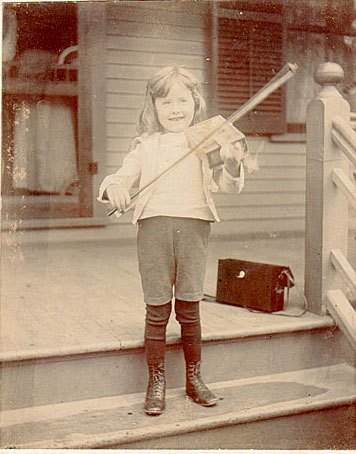 photo circa 1915
Check out this billboard on the side of the road in Portugal.
Not to long ago Fernando Amorim got a phone call late one night from a friend and fellow cigar box guitar builder who said he needed to come on down to check out a new billboard they just put up in Viana do Castelo.
So he went over to see it and was blow away, he took a cell phone photo for us to see…it's some kind of soap or detergent advertising with a girl holding a homemade square guitar with bottlecap knobs…now that's "heavy duty" cool!
So, here is the cell phone shot in all its glory from Viana do Castelo, Portugal. 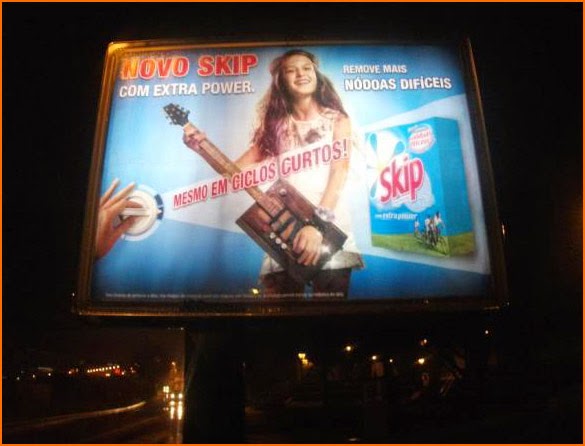 Check out this old Appalachian cigar box fiddle that came up for sale online.
It appears to have the old American "Don't tread on me," snake
It's from Appalachia... image the person who made this fiddle - perhaps a real life Snake Handler? 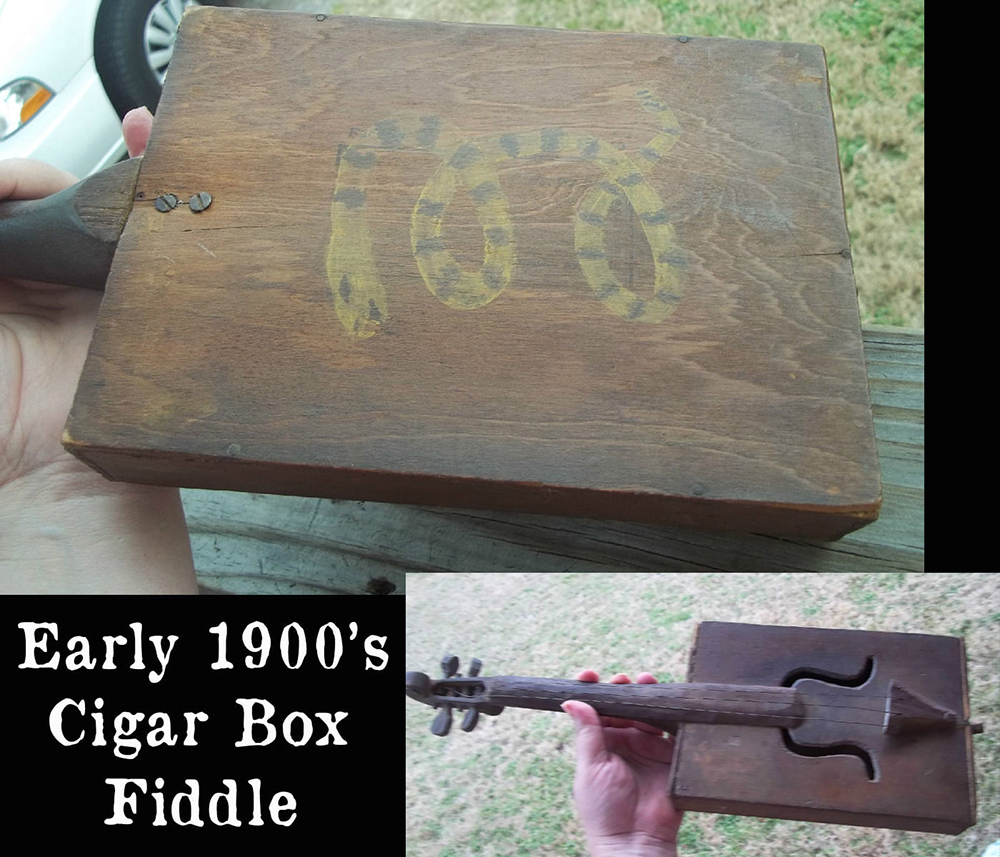 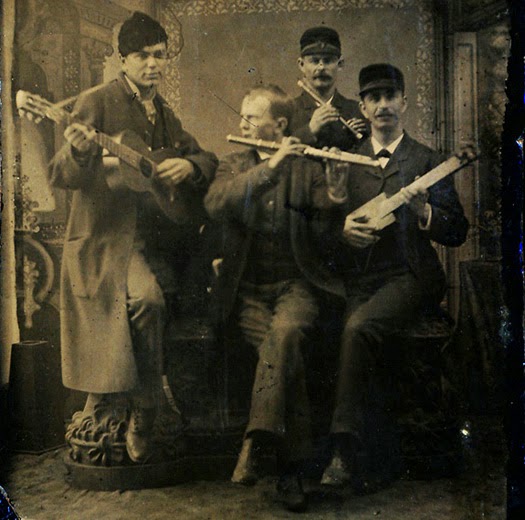 I would love to here these guys play. That guy on the left with the acoustic has a smirk that is priceless.
If you ever see them around town let me know!
This is a 120 year Tin type photo of a Motley Crew from Washington State.  What a treasure their music must have been. 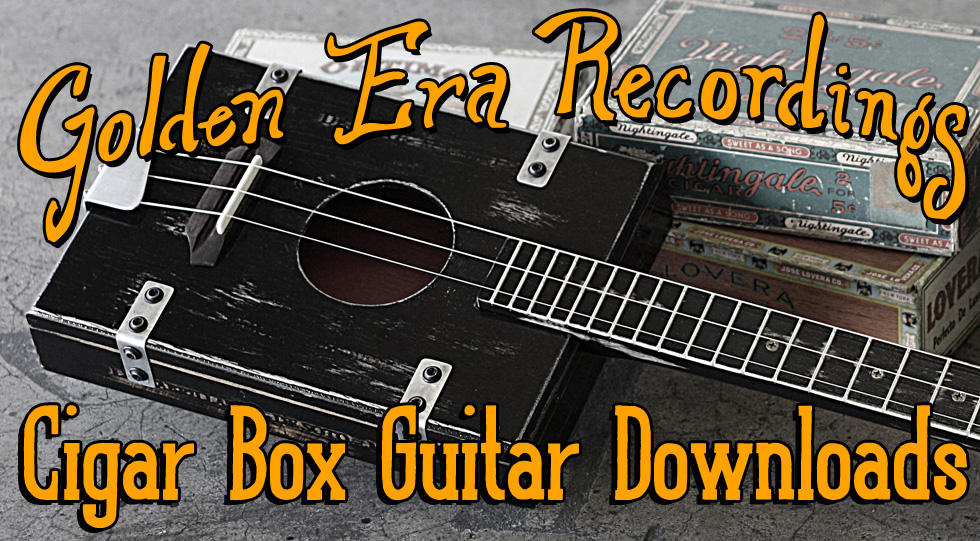 Listening is learning, it really is!....the very best way to learn how to play great Blues guitar, is to study Blues music.  It's how I learned, by the way, I listened to Ry Cooder's "Paris Texas" sevral 100 times...you should go get that album! It's on Amazon.
If you are stuck at home, like me and half the world at this point due to the Corona virus...now is a good time to study and learn guitar or to just improve your playing.
I have many different cigar box guitar albums you can download to you computer or phone or on any digital device, computer or cell phone, they are Mp3

In these recordings, I wanted to record authentic Blues and Bottleneck slide cigar box guitar as realistic as possible. My goal with this music was to take the listener back in time.

If you would be interested in downloading these albums, they are 14 dollars and you can check them out thru PayPal on any digital device, computer or cell phone, they are Mp3

if you have questions, email me at   john@reddogguitars.com


This is the Cigar Box Americana - Music album

If you would like and actual CD mailed to your house anywhere world wide,
they are here at this page  http://www.3-string-guitar.com
If you have any questions contact me at  john@reddogguitars.com

In early 2021, I created and edited and old 1920's style watercolor image of a young man playing Blues on a cigar box guitar.
It was photoshop art that I decided to turn into an album cover. This image was so inspiring for me to look at, everyday as I was working on it I would come up with different concepts and ideas for music. So, I followed them, and here is the record of emotions and music that I recorded.
- Check out those two-tone shoes he's wearing!
I even did a song about them. Image those cool leather shoes taking a stroll down the sidewalk in a small dusty town in the deep south. They could tell a story all of their own, Juke Joints, Street busking, and a whole lot a' Blues....So much fun!
The song "Them shoes a talkin' " was recorded with a small Fender Mustang amp. They are just heavenly little amplifiers and great for cigar box guitars.
The image of him also inspired me to record at least one authentic old school cigar box blues song. It was recorded with a simple homemade acoustic 3 string guitar. Just a stick and a cigar box, nothing fancy. The name of that song is called "Cigar Box Guitar from the past" It's a sound that is right out of the 1920's.