What kind of party is this?

Check out these new photos. These photos were found by Termoking in Belgium. They are of French soldiers from World War 1. (1914 -1918)
He is perhaps the person who finds the most historic photos on the subject of cigar box instruments and homemade guitars / bajos / violins etc. My hats of to you!
I don't know how he does it?   ...but he is always finding these old photos, so PLEASE keep 'em coming! 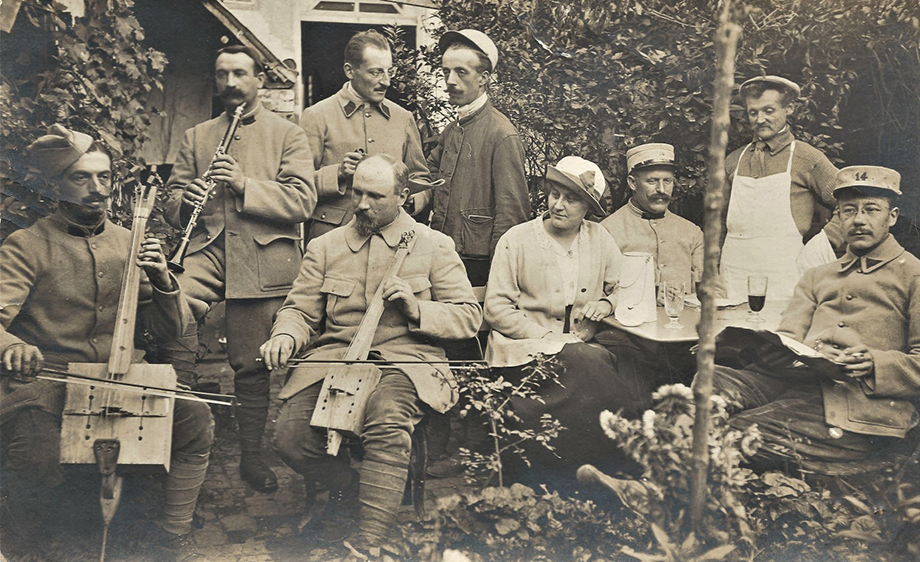 This photo below is from 1917 of a homemade box violin of some sort. I would love to hear this thing play.
Look at it like this, for someone to so proudly take a photo with this instrument would lead you to believe that he not only played the instrument a lot, but that it also sounded well enough for him to have that much pride in its construction....just look at his smile!

I know it must have sounded terriffic! 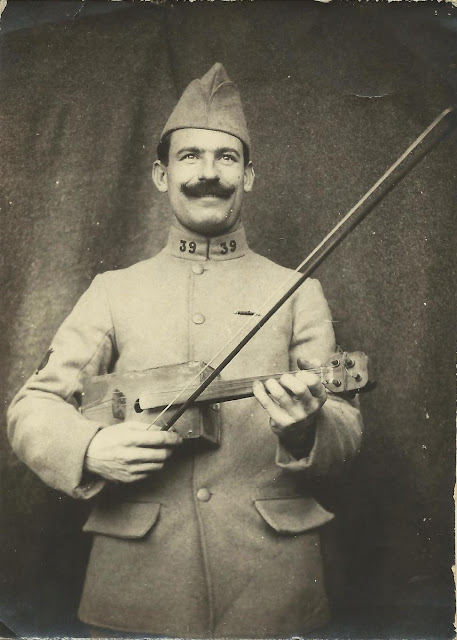 This photo below is an image from the Land Down Under.
It's a photo of John Nugent taken sometime  in the 1880's working on the railroad in Australia. Long before Justin Johnson's shovel guitar, there was a young lad name John. 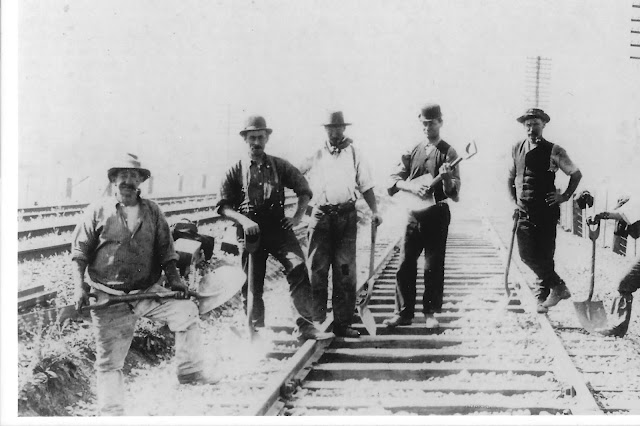